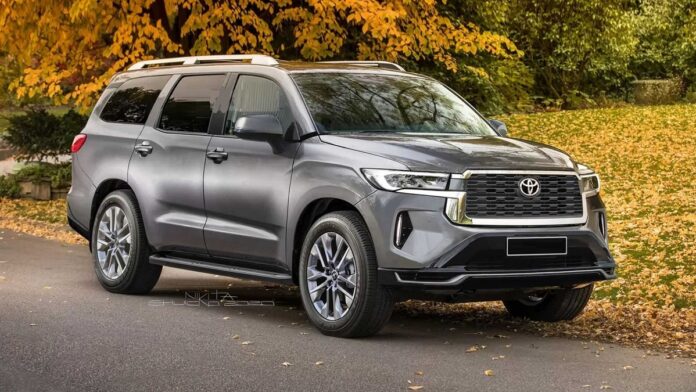 The 2022 Toyota Sequoia keeps the place as the largest SUV in the family. However, its design is old and boring, and the company will have to do something about it ASAP. The latest rumors are mentioning that the redesign of Sequoia is becoming a priority. Toyota is performing very badly in the full-size segment. Not only this model but also the premium segment vehicles are rocked at the bottom of the sales charts. The new Sequoia could wake up fans and make the entire lineup attractive again.

The Japanese company is already making first moves. For example, in the past couple of seasons, Toyota made a room for Apple CarPlay, and then for Android Auto. The new SUV joined the TRD Pro lineup, alongside 4Runner, and two trucks. However, that is not enough, since the latest generation of Sequoia debuted in 2007. There were a few updates, but the complete overhaul will help this model achieve better sales and lure more buyers. 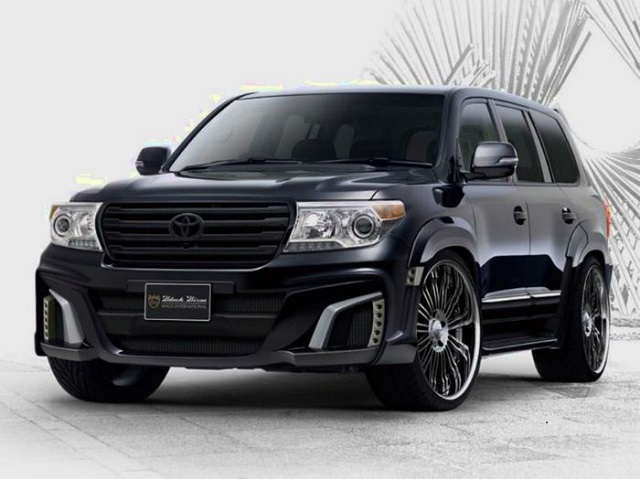 A 5.7-liter V8 powerplant Toyota is using on its big rigs returns incredible performance. It is not packed with the stunning amount of horsepower, but the existing 380 ponies will take you almost anywhere, especially now when the TRD Pro package enhances the off-road drive. The engine also adds 400 lb-ft of torque. It is durable, reliable… So, why would a company want to replace it? The reason is the fuel economy. The natural habitat for vehicles with this V8 is a gas station. The SUV covers only 15 mpg combined. With 22 gallon tank, you can easily calculate that every 330 miles you need to refuel. That can be really annoying. A lighter body after the redesign or a new transmission are not going to fix this issue.

There are a few interesting projects Toyota is working on currently. The development of the new Lexus LX600, Sequoia’s premium sibling is confirmed. Also, the company filed for registration of the I-Force Max nameplate. Insiders are confirming this is going to be a new unit for big rigs. However, the outputs are still unknown. The 2022 Toyota Sequoia is definitely getting this powerplant. According to rumors, the displacement is smaller, but the power is going to be enhanced with a twin-turbo system. Speculations mention both six- and eight-cylinder motors. Just a couple of official details left too much room for stories. Toyota is waiting to claim rights to the nameplate and then we will hear plans for this project.

We can live with excessive fuel consumption. But, the styling of the SUV is old and out of date for quite a while. Fans and enthusiasts are calling for the redesign in the last few years. We expected a new model in 2020, but the company only added the TRD Pro model as part of the refresh. That is not enough. The 2022 Toyota Sequoia will need the overhaul of the interior and exterior, which will result in the WOW effect. Only that can save this lineup from dying. The laid-back attitude of the Japanese company in the full-size segment cost them a lot already. Some say that Land Cruiser might be discontinued after 60 years of production. No one else it to blame, but chiefs. It is understandable that smaller SUVs and crossovers sell better. But, the full-size class is generating more profit, so the introversion of the Japanese company is even stranger.

One of the things that drew the interest is the TRD Pro model. The new Sequoia will definitely keep it as part of the lineup. But, the good news is coming from Toyota. The off-road package will be revisited for all the units using it can count on even better performance. The upcoming 2022 Toyota Sequoia TRD Pro can go anywhere. Fox shocks are improving the suspension system. The SUV is also lifted a bit, so it can beat obstacles. Of course, all-wheel tires and 4WD are standard on all TRD Pro models. Skid plates, special bumpers, and a few badges will unveil this is the unique vehicle.

After the redesign, the 2022 Toyota Sequoia will get new pricing. Currently, the SUV costs just under $50,000. The new model will start above this mark. The Platinum version will be loaded with premium features, making it cost close to $70k. You can expect the same pricing on the Sequoia TRD Pro. More details about the SUV will be available next season. We need to wait for the complete info on the I-Force Max engine and then we can talk about the 2022 Sequoia release date. One of the shy rumors is even mentioning a hybrid configuration. We don’t think Toyota will go with such a setup for a huge SUV.