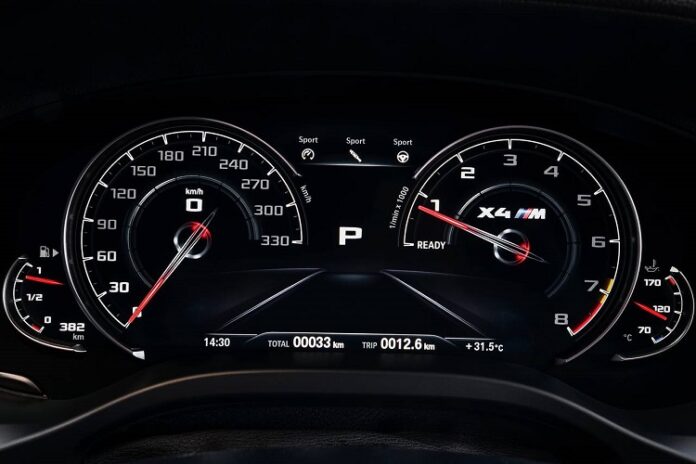 The 2023 BMW X4 is not bringing any key change. Styling and interior were updated for the latest model. The sportier version of the X3 comes with a more attractive look and uses the same drivetrains. All-wheel drive is standard all across the lineup to improve balance and traction. With the sloped roofline, the X4 is more agile and faster, sacrificing towing ability. The new model could only arrive with minor cosmetic changes, such as color or features update in certain trims.

So, the 2023 BMW X4 is now available with a bolder front fascia. Changes included a larger grille in the combination with revisited headlights. Also, designers updated the lights at the rear end. Cabin has minor changes compared to the previous model. For example, the sound system is better, and the climate control is using tri-zone conditioning. 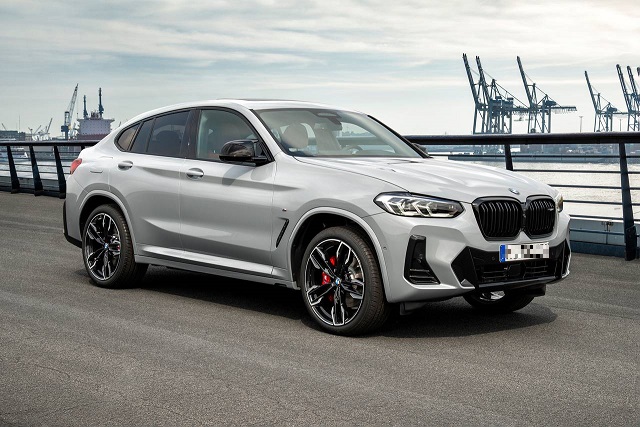 The 2023 BMW X4 xDrive30i is the entry model of the lineup, a 2.0-liter turbocharged engine is the highlight of the package and it delivers 248 horsepower. The all-wheel drive is included and the axles are getting power through an eight-speed automatic transmission. The system also produces 258 lb-ft of torque and runs 23/29 mpg, which is not bad for the premium SUV with increased performance. Some of the standard features are making the X4 really stunning. For example, you will get a huge 10-inch screen, 12-inch cluster, navigation, panoramic roof, and a power liftgate.

The M40i is an upscale version. However, it is not the M Performance model with top of the range outputs. In this case, the 2023 BMW X4 M40i is using a turbocharged 3.0-liter inline-six engine in combination with an electric battery. The mini-hybrid system is good for 382 hp and 370 lb-ft. The gas mileage drops to 21/26 mpg, but everything else is getting better. The transmission and AWD are the same. The M40i package also brings a Dynamic Handling feature, new brakes, and keyless entry with remote start. Plus, the SUV becomes eligible for upgrades with more impressive bundles. 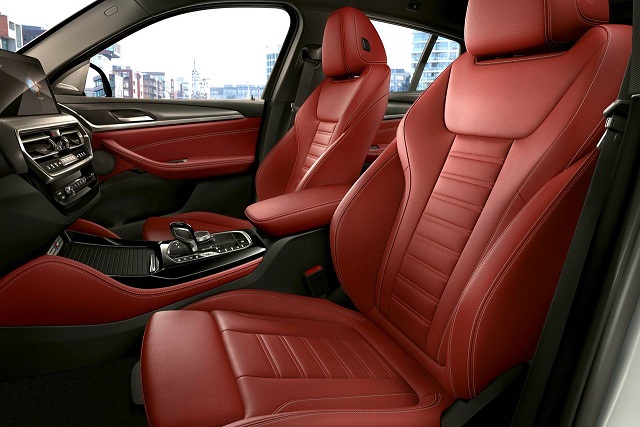 The base version is going to offer the M Sport package as one of the options, while the same is standard for the M40i. Highlights of this bundle are unique details on the body and inside the cockpit, as well as the special set of 19-inch wheels. The Premium package brings heating for all seats and the steering wheel. Plus, HUD is included, as well as the lumbar support. As said, Dynamic Handling is standard on the upscale version and optional for the xDrive30i. Finally, buyers can also add a Parking bundle, with sensors, a 360-degree camera, and an automatic parking system.

Even the upper trim is eligible for upgrades, although some of the abovementioned packages are included. Driver Assistance Professional bundle adds adaptive cruise control, lane keeping system and front cross-traffic alert. Parking and Premium packages are offering the same features as for the xDrive30i. Separately, buyers can purchase a full leather upholstery, ventilated seats, wireless charger, or premium Harman Kardon sound system with 16 speakers. 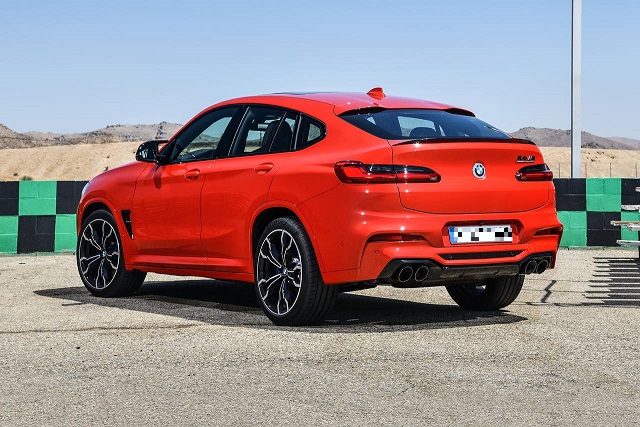 The most impressive version of the coupe SUV is the 2023 BMW X4 M with a retuned V6 engine. In this configuration, the powertrain is delivering 473 hp and 457 lb-ft of torque. Special adaptive sport suspension is going to handle all this power. Power liftgate, 20-inch wheels, leather seats, navigation, Harman Kardon audio, wireless Apple CarPlay, and many other features are standard.

However, that is not all. The 2023 BMW X4 M Competition raises the bar further. The package boosts outputs to 503 hp and also adds more unique parts. For example, there are thicker suspension stabilizer bars, Sport exhaust, and gloss black exterior.

Another unique version is available in Europe. That is the BMW Alpina XD4. A diesel engine is mated to a total of four turbochargers to deliver 380 hp and 570 lb-ft. Max speed is 167 mph. The SUV sprints 0-60 in just 4.5 sec. Petrol units are doing it faster, but there is no other BMW with an oil burner that can top this. Of course, Alpina also delivers special treatment to the interior and exterior, with some trademark parts. In the US, the only SUV available with this package is X7.

The 2023 BMW X4 is a coupe SUV. There are a few other vehicles that will compete with the Bavarian carmaker. Of course, Mercedes is the archrival and the model that will get on the line with the X4 is the GLC Coupe. Audi Q5 Sportback is not available in the US yet, but Porsche Macan is a representative of the VW group. Domestic carmakers are not so keen on producing coupe SUVs. Neither were leading Japanese manufacturers until Infiniti launched the QX55 crossover.