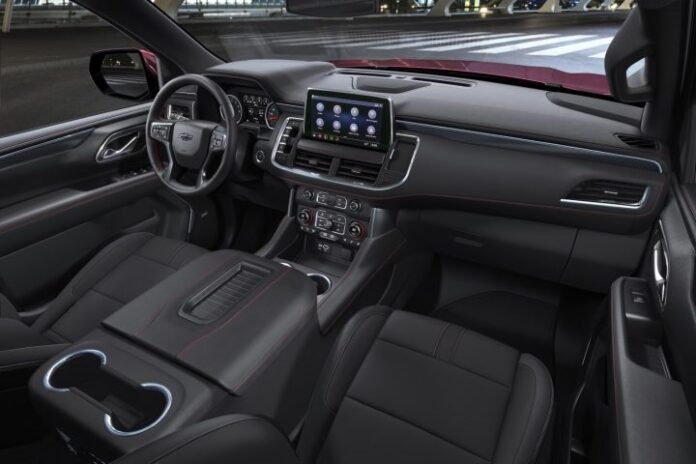 Expedition is the biggest SUV in Ford’s lineup. But, the situation could change if the Excursion comes back in next year or two. The company is considering the return of the SUV based on the heavy-duty truck F-250. Either way, the update for the full-size model is on the way, so two SUVs could use similar languages. The 2023 Ford Expedition could unveil what to expect from Excursion.

The current edition of the vehicle arrived in 2018. The mid-cycle refresh is scheduled for 2022 when the 2023 Ford Expedition is going to arrive. We already have some clues in which direction designers will develop the upcoming SUV. Interior will bring big changes. Dashboard and infotainment system are looking cool in spy photos.

The new Expedition is a response to GM’s move. Ford’s archrival launched the new generation of its full-size SUVs, Tahoe and Suburban. General Motors is finally bringing the independent rear suspension and now it is Ford’s turn to set another challenge. Can the 2023 Expedition come with a hybrid engine? Well, we will have to wait to see that. 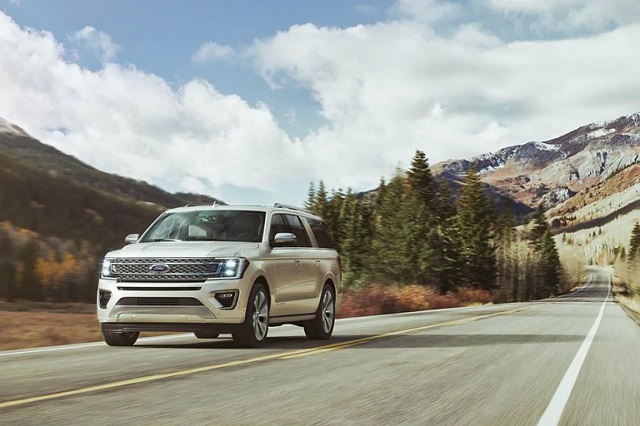 What Will be New?

According to the vehicle’s first appearance, designers are focused on the interior for now. A few spy photos are showing that the cabin is getting a new look, inspired by the Mach E. Well, the carmaker is not making it official, but images caused further rumors about the 2023 Ford Expedition. For example, the similarity with the EV might lead to a similar configuration in the engine room. But, it is hard to believe the full-size SUV is going to be an all-electric vehicle. Instead, it has more sense to talk about the hybrid unit. The only powertrain for the Expedition is a V6. The SUV is one of the rare full-size models that doesn’t use a V8. So, some kind of change would refresh the interest.

Also, the exterior is a mystery for now. There are a few new arrivals that can inspire the redesign of the SUV. For example, Mach E and Bronco can offer interesting solutions for changes. Let’s not forget the next-gen F-150, a truck that shares the platform with the full-size SUV. There are no doubts the front fascia of the Expedition will take some cues from its sibling. 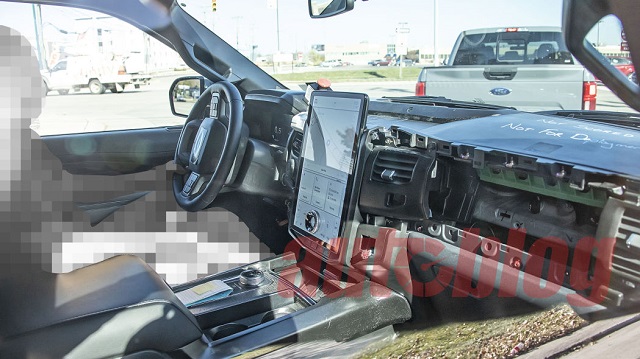 Under the hood of the SUV is a turbocharged V6 engine. A high-output version of a 3.5-liter displacement can offer 450 hp. However, for the Expedition, engineers are not squeezing the maximum power. The base setup includes 375 hp and 470 lb-ft of torque. The latest engine update increased outputs for the Platinum model to 400 hp and 480 lb-ft of torque. Although it uses a V6 engine, Expedition is a class leader when it comes to towing. There is no other SUV that can haul more than this one, and its rating is at 9,300 pounds. Instead of rear-wheel drive, you can select AWD, which will provide extra traction, but the towing capacity drops to 9,000 lbs. It is still better than most rivals can do. The main concern is fuel economy. A small block is pretty thirsty thanks to its high outputs. The best you can get from this configuration is 20 mpg combined.

Ford is in the big electrification process. This doesn’t include only EVs, but also the development of hybrid and plug-in systems. We can see results with the Mach E SUV, and the Explorer hybrid. The next vehicles on this list to be electrified are the 2023 Ford Expedition and F-150 truck. Well, it is not easy to maintain the capabilities of big rigs, achieve improvements in the gas mileage and emissions, and atop of that, to keep the price at the competitive level. These are the main reasons why we still not see the hybrid version of the SUV. But, by 2023, Ford should launch either this or the PHEV system, as the optional drivetrain for the full-size SUV. 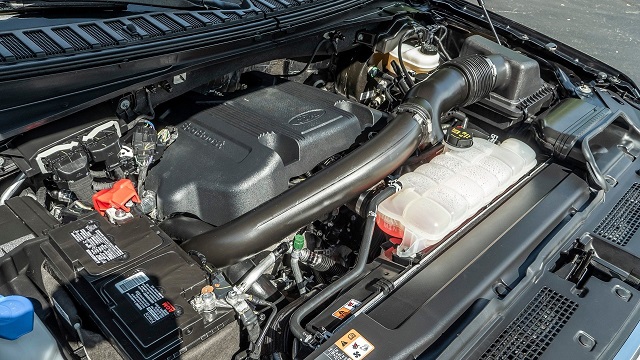 There is another possibility for the 2023 Ford Expedition – the diesel engine. The company is already using a 3.0-liter Powerstroke unit for the F-150 truck. We can see similar configuration available on its archrival, Chevy Silverado. General Motors brought their oil-burner to the full-size SUV class, and now buyers can purchase Tahoe, Suburban, and GMC Yukon with a diesel engine. So, experts believe that Ford will take the same path and add a 3.0-liter six-cylinder oil burner to the Expedition, maybe sooner than we expect.

With 250 hp and 440 lb-ft of torque, the Powerstroke unit can only help Expedition achieve even higher towing capacity numbers. On the other hand, a diesel engine will save some fuel and improve mileage. The bad thing is the emission problem of oil burners. The CO2 is not the only gas the engine emits. Also, diesel units will soon become history. But, the Expedition doesn’t require the development of the new model. Using the existing configuration will save a lot of funds that can be used for electrification.