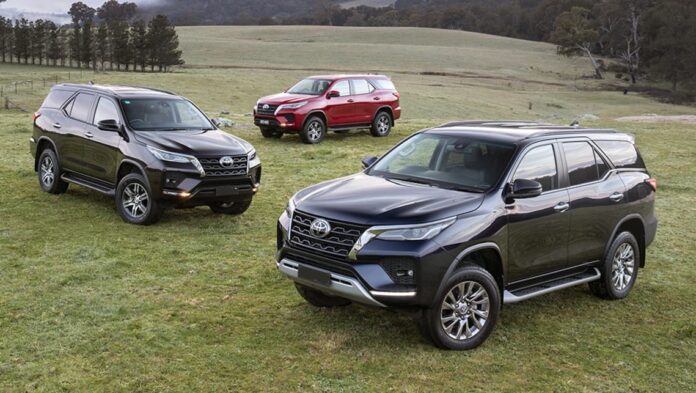 Although some sources are claiming the Toyota Fortuner 2022 will hit the new generation, we doubt in it. The mid-size SUV is 4Runner’s sibling for markets such as Australia, India, or Philippines. We will see the US vehicle first, and it seems the next-gen model is scheduled for 2024 or even 2025. Meanwhile, the redesign is a more likely option. Also, the third generation is about to arrive precisely after 10-year production of the second one.

The Toyota Fortuner 2022 will probably go through the facelift. This is going to be the final update before the next-gen hit dealerships in Pacific Asian countries. The Japanese carmaker is preparing a few interesting changes, but there is a lot more not announced yet. The premiere is set for the mid-season and fans are eagerly waiting to see all the changes on the new Fortuner. 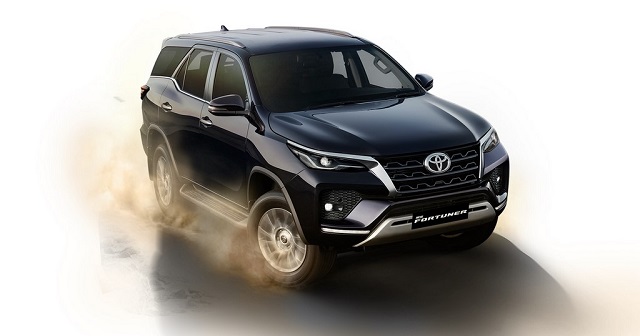 There are five things the company is preparing for the new Toyota Fortuner 2022. Our intels are reporting about the ADAS feature. This is short for Advanced Driver Assistance System. It will bring Level 1 self-driving experience. Toyota is working on more advanced system and soon we could see Level 2 or 3. Features coming in the ADAS package are adaptive cruise control, parking assist, warning when the vehicle is leaving the lane, blind-spot monitor, and automatic braking in emergency situations.

Vehicle Stability Control (VSC) and Electric Power Steering (EPS) are also going to be offered. The first one will stabilize vehicle in sharp corners, preventing side skids. The second one is replacing hydraulic power steering and this feature is improving a fuel economy. Of course, there are also a exterior/interior redesign, as well as the new powertrain options.

The biggest upgrades of all should be a hybrid system based on the diesel engine. This is not a strange choice, since oil-burners are still taking the major share of the automotive market in Pacific Asia. In Australia, we might see new regulations, but diesel engines won’t be cut overnight. So, the Fortuner Hybrid will be out until the next generation. Toyota will add an electric support to the existing 2.8-liter D-4D engine. It was recently updated as well, now producing 200 hp. The hybrid will make it cleaner a bit. However, don’t expect some radical upgrade of power output. The diesel hybrid will make the fuel economy better, that is for sure. There are also speculations about upgrades of the gasoline engine. In this case, the 2.7-liter petrol drivetrain would be able to create nearly 200 hp. A 4.0-l is too big for such a setup. 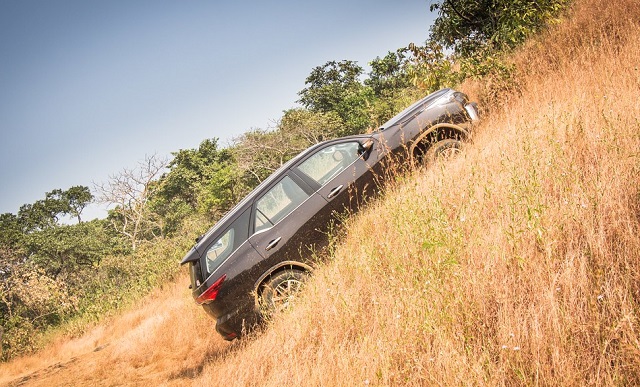 We already mentioned two powerplants that could serve as the base for the future hybrid configurations. The company will continue to use them in the standard variants. Some units might be dropped to make space for a hybrid. The Toyota Fortuner 2022 will keep a pair of petrol units. A 2.7-liter displacement is good for 160 hp and 180 lb-ft of torque. A more potent mill is a 4.0-liter engine with 235 ponies and 280 pound-feet of torque. Fortuner’s sibling from the US, 4Runner, is getting 270 horsepower from the same drivetrain.

Oil-burners are definitely more interesting. There are three engines with four different configurations currently in offer. A 2.4-liter unit is smallest and the least potent. It creates 150 hp and torque between 180-280 pound-feet. A 2.8-liter is one of the most reliable engines Toyota is offering. For the 2022 Fortuner, it now creates 200 hp, 25 more than before. A 3.0-liter divison offers 165 hp and 270 lb-ft. Some experts saw this one as the oil-burner for the US market. But, the emissions standards are hard to meet in this part of the world for diesel mills. So, Toyota took the other path – the Japanese carmaker will create a new powerplant that consumes petrol. The codename is I-Force Max and it should debut on the new Tundra truck. 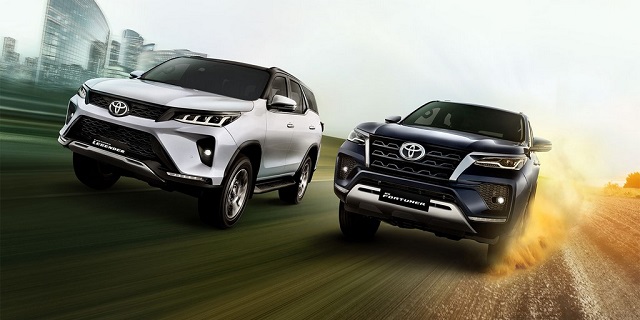 Either if the new generation is due for some other season, the redesign will make the tough SUV look bad again. The Toyota Fortuner 2022 needs a lot of interior changes. Infotainment system will be updated. Apple CarPlay and Android Auto should become standard features. Higher trim levels will offer leather upholstery, premium audio, advanced smartphone features. ADAS system won’t be there on the entry-level SUV. There are seven seating spots inside the cabin.

Outside, the Toyota Fortuner 2022 should become more aggressive. The company prepares new lines. The highlight will be hood and front fascia, which will make the SUV aesthetic. Of course, you’ll notice changes on the bumper and headlights. New set of wheels will be optional, as well as sunroof, premium metallic colors, and a few other cool features. The TRD package is going to make the Fortuner more capable for off-road drive.