Home Cadillac When You Can Purchase the New 2021 Cadillac Escalade?

For some while, the Escalade was the only Cadillac SUV in the market. Now, we have more of these vehicles out there. The XT- a nomenclature started with the compact XT5 crossover. Its popularity expanded the range and now some people are questioning the future of the Escalade. Well, that shouldn’t be in doubt. The 2021 Cadillac Escalade is bringing the new generation. Well, the entire fleet of big rigs by the GM is going to be new, including Chevy Tahoe and Suburban, and GMC Yukon.

The next-gen Escalade is coming with a fresh look and possible new engine. The big SUV could borrow a twin-turbo V8 from sport sedans. Also, GM is working on hybrid units, but their first move should be an all-electric Hummer. We knew that Escalade switches to the IRS, but the first test mules were spotted in 2018 and the new generation was expected earlier. But, after a delay, we will see the SUV like the 2021 Cadillac Escalade.

The new model has been spied several times. However, heavy covers are hiding the entire body and all the changes we could spot. Well, a couple of things are not possible to hide, and the independent rear suspension is one of the first upgrades we knew about. Also, the new design of head- and taillights are there, although there is some camouflage on them too.

The focus will be on luxury. Well, it is always with this SUV and by this company. The 2021 Cadillac Escalade will offer some of the most advanced features in the market and we already know there are plenty of speakers and displays in the vehicle. The carmaker is not precise about trim levels yet, but the new SUV will bring a stunning rear-seat infotainment system with 12-inch displays in headrests. Plus, more cameras are around the vehicle. The base infotainment is offering 19-speaker audio. Advanced trim levels will come with a 36-speaker AKG sound system.

The most impressive feature is the Super Cruise. The system covers 200,000 miles of highways, and in these sections, the new 2021 Cadillac Escalade can drive itself. Of course, updates will cover more roads in the future, but this is a huge step for General Motors.

A 6.2-liter V8 engine remains the main option for the 2021 Cadillac Escalade. The petrol unit is capable to produce 420 hp and 460 lb-ft of torque and it sends them through a ten-speed automatic gearbox. Buyers will choose between rear-wheel drive and AWD. Now, with the independent rear suspension, the SUV will be more capable of off-roading. Still, it needs various upgrades we will see on Chevy Tahoe ZR2. The vehicle is going to be lighter than before, but it is not helping with the fuel economy troubles.

Well, you can fix this if you choose the new drivetrain available for the 2021 Cadillac Escalade. The carmaker exploits the Duramax turbodiesel unit, previously added to the pickup truck Silverado 1500. The I6 mill is the most capable in the class with 277 hp and 460 lb-ft of torque. However, it is not converted into towing capacity, but 9,500 lbs will be more than enough for the big SUV.

Another new powerplant could be part of the lineup for the next season. It is a smaller block, a 4.2-liter unit, paired with turbochargers. The CT6-V sedan is getting 500-550 horsepower and 575-640 lb-ft of torque. The new Escalade can stand such power and it would make it one of the most potent SUVs in the luxury range.

The 2021 Escalade will be larger than before. The extra size will be used for the new interior layout. Buyers can count on more space, especially in the third row. According to leaked details, occupants in the back will get 40 percent more legroom. Also, the cargo space is also getting a boost to 25 cubic feet (currently at only 15 cu.ft.). If this is not good enough, then the 2021 Cadillac Escalade ESV model comes with 43 cubic feet behind the rear seats. This version also gains around 15-20 inches of overall length, which will make cruising in urban areas and parking in tights lots more difficult.

When Will the 2021 Cadillac Escalade Be Available For Buy?

The new SUV is almost official. The company said it is coming, but the GM didn’t present it yet. We believe they are waiting for the largest show in the US. So, the new Escalade will have an official debut at NAIAS this summer and the sales will start after a couple of months. The pricing is also unknown, but the new SUV will increase the MSRP of its predecessors. The base model starts at $75,000 and now it will be closer to $80k. For the extended ESV, you will have to add around $3,000. 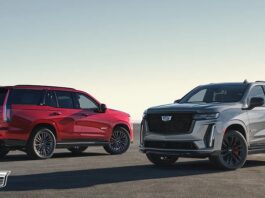 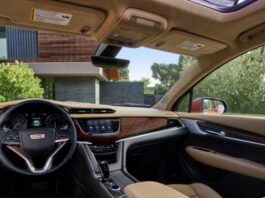 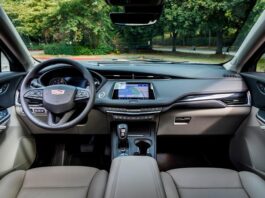