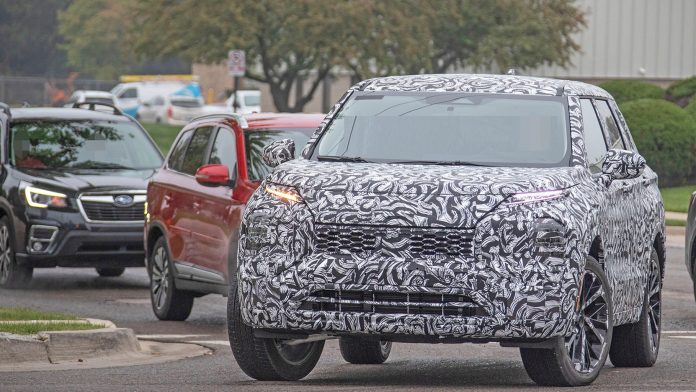 Mitsubishi is slowly coming back to the US market. Definitely, the main model in North America is Outlander. The company uses this nameplate on three different occasions. The all-new 2021 Mitsubishi Outlander will be the compact crossover. You can also purchase this vehicle with a plug-in hybrid configuration. Still, it is not too powerful, but the gas mileage will be a good reason to consider its purchase. Finally, the Outlander Sport is the subcompact crossover with excellent agility and handling for urban areas.

The new generation of the vehicle will arrive this year. The 2021 Mitsubishi Outlander is caught testing and we have the first official details about the upcoming crossover. The new model will improve the offer in all ways. The vehicle is going to be more aggressive thanks to the new styling, while the PHEV setup is about to deliver more power.

The current generation of the vehicle dates back from 2014. It was before the company joined forces with another Japanese giant. In 2016, Mitsubishi and Nissan formed a strong alliance and one of the first products we saw was Outlander PHEV. Now, it is time for an update of the flagship crossover. Spy photos are clearly suggesting that 2021 Mitsubishi Outlander will find inspiration in the new Nissan Rogue / Qashqai. All these vehicles will use the same platform with similar styling solutions.

Spy shots also confirm the upcoming Outlander is larger than before. The vehicle is not gaining too much length and stays in the compact segment, though. Another concept where the crossover can find inspiration is Engelberg Tourer. Well, this platform is nearly a year old. Mitsubishi presented it last March in Geneva. However, the model is too futuristic and the 2021 Outlander could only borrow some details to become more attractive to younger buyers.

Under the hood of the base Outlander currently sits a 2.4-liter four-cylinder unit. It is good for 166 hp and 160 lb-ft of torque. Even for the compact model, this is not a big thing. Still, the vehicle manages to return 27 mpg combined, which is more than the average for this segment. We recommend every buyer to pay $2,000 more and add the Super All-Wheel Control (S-AWC) system. It is possible to pick four different trim levels with a four-cylinder engine, which comes in pair with a CVT.

If 1,500 pounds of towing capacity is not enough, the 2021 Mitsubishi Outlander can get it up to 3,500 lbs. But, you will have to take the top of the range offer that includes a 3.0-liter V6 engine and the GT package. This setup converts 225 hp and 215 lb-ft to all wheels. The company will definitely keep this mill as optional.

According to multiple sources, the Japanese carmaker is about to replace the entry-level engine. Instead of a 2.4-liter unit, we could get a new 1.5-liter displacement. Turbocharged, it will be able to create a similar amount of power, while saving extra fuel. Still, the company needs to confirm this, although it is already used for the Eclipse Sport model.

Currently, the plug-in hybrid configuration uses a 2.0-liter four-cylinder engine as the base source of power. However, this setup manages to deliver only 117 hp. The new one comes with a 2.4-liter powerplant if rumors come true. Well, this will definitely increase the power outputs. Also, a larger battery is going to offer an extended electric range. According to speculations, the new 2021 Mitsubishi Outlander PHEV will be able to run over 40 miles by using only the electric source of power.

Outside the US, the 2021 Mitsubishi Outlander will continue to use diesel power as well. We doubt the company is about to replace one of the favorites for the European and Asian markets. A 2.2-liter turbodiesel is capable to deliver 170 horsepower and 280 lb-ft of torque. Well, if engineers find a way to cut down emissions, the diesel unit could head to the major automotive market in the world.

What is the Outlander Sport?

The company decided to launch the subcompact crossover. Outside the US, you will find it as Mitsubishi RVR. However, in North America, the company decided to use a similar name – Outlander Sport. Mitsubishi’s close partner, Nissan, is also using the same system for its Rogue Sport, which is positioned between compact Rogue and Kicks mini crossover (in Europe, it appears as Juke).

Whatsoever, the 2021 Mitsubishi Outlander Sport is not going to offer the PHEV configuration. This small crossover is using the same four-cylinder unit as its bigger sibling. However, it is an optional source of power. The standard offer includes a 2.0-liter petrol drivetrain with 148 hp and 145 lb-ft of torque. 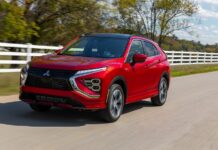 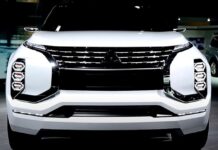 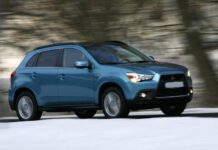