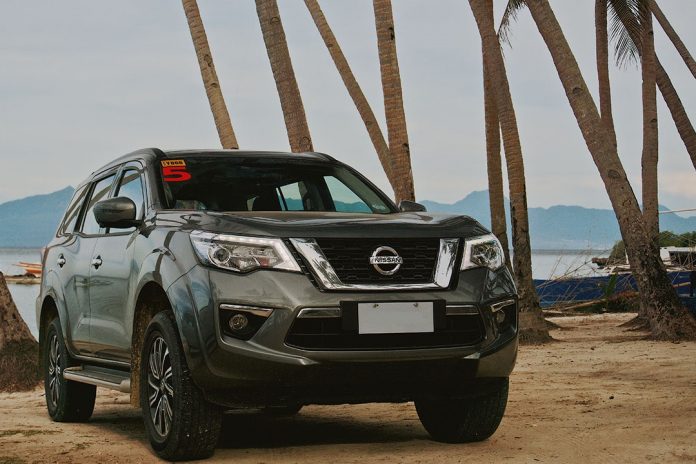 Chances of the 2021 Nissan Xterra to come back are increasing. Fans were thrilled to see the new Terra SUV for the Chinese market. But, does it mean the Xterra is about to return? We will try to analyze possibilities for this model that used to offer superb off-road skills.

The new SUV could be based on the Frontier truck again. Nissan has Pathfinder, but it needs a true competitor to Toyota 4Runner and upcoming Ford Bronco. The new 2021 Nissan Xterra could offer similar skills.

The previous generations of the vehicle were very different. The second one was even built in the US. So, there is a big question if the compact, truck-based SUV could come back to this soil. Outside the United States, we can find the Nissan Patrol, as one of the toughest models in the segment. On the other hand, the new Terra SUV could also offer some solutions to its sibling with a similar name.

The Japanese carmaker made a surprising premiere in China. Immediately, rumors about the 2021 Nissan Xterra started to swirl. However, let’s see if Terra could be a successor and how its platform could fit the old nameplate. First of all, you will notice differences in powertrains. While the last Xterra had a huge V6 displacement, like Frontier, the new SUV comes with smaller powerplants. Also, two of them are diesel, which won’t appear in the major market in the world.

On the other hand, the Terra is nearly 15 inches longer than the Xterra. Well, we expected the new arrival to grow, but everything more than 6-7 inches will be a huge surprise. Whatsoever, the company needs a radical turnaround and platform to stay competitive. Well, the Pathfinder is much longer, while Toyota 4Runner, as one of the main competitors, is 190 inches long. It leaves room for the new 2021 Xterra to grow, but to keep agility for an off-road drive.

The new look of the SUV will definitely draw a lot of attention. Again, we can compare it to the new model. There are some standard features on the vehicle that will clearly be the highlights, such as V-Motion grille. Plus, there are a lot of new radial solutions that will make the Xterra more aerodynamic. Designers will need to improve reliability and durability. F-Alpha platform underpins Terra and it seems suitable for the new SUV.

The interior of the upcoming model is all-new, as everyone can guess. Well, the company revisited the infotainment system on the new Terra after only a season in the market. Apple CarPlay and Android Auto are now standard. Well, the US version will pack a lot more equipment. Safety is another field where the company is going to invest a lot of time and effort.

The SUV is not confirmed yet. Whatsoever, release date rumors are more frequent. According to multiple sources, the company is considering the comeback, but the decision is yet to be made. We think there is a room for the 2021 Nissan Xterra, especially if it arrives built on the same platform as Terra. The new SUV will be an off-road mid-size model. Rugged and aggressive, it should be suitable for aftermarket tuning with different kinds of features. Starting off-road skills and additional equipment will make the Xterra a serious rival to Toyota 4Runner.

The previous generation of the SUV used a huge 4.0-liter V6 engine. It is still available for the Frontier truck. The efficiency was one of the reasons for discontinuation. Well, a compact model with such a huge engine was consuming too much gas. Now, when it is larger, the 2021 Nissan Xterra could bring back the same drivetrain. The powertrain produces 260 hp, which is less than a 3.5-liter displacement, used by Pathfinder, can do. So, engineers will have to weight options, since a 4.0 drivetrain won’t be able to meet requirements in the near future.

On the other hand, we could see the same engine Terra is using. A 2.5-liter four-pot unit is also under the hood of Frontier. Still, with 180 hp, it can’t provide too much fun for off-roading. Instead, the company could install a new VC-Turbo unit with 250 hp. The new technology allows the drivetrain to act as a four- or six-cylinder unit, depending on needs. The advanced technology became a hit for Altima sedan.

Besides the petrol units, the 2021 Nissan Xterra could adopt a diesel unit. However, this is going to happen outside the US. But, we could see it as Terra in Europa and South America. In North America, the company is developing a hybrid engine. It is hard to believe that the new off-road SUV is going to get it before flagship models. So, this configuration won’t be available before 2022 or 2023 season.