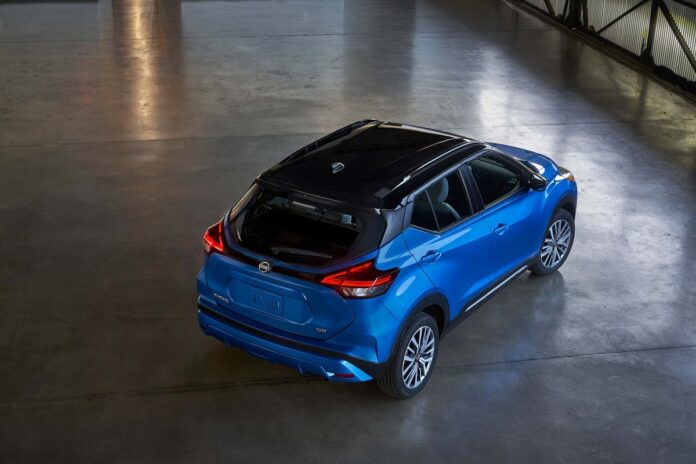 The smallest crossover by the Japanese carmaker was redesigned for this season. So, no big cosmetic changes are going to happen on the 2022 Nissan Kicks. Still, there is a lot of room for improvements, especially under the hood. A more powerful configuration will be widely accepted. We might see an all-wheel drive in the future, as well as some kind of electric powertrain, either hybrid or the EV.

There are the same three trim levels available for the redesigned crossover. You will choose between S, SR and SV packages. Of course, the company reshuffled options and included more features in each bundle. In the combination with new styling, this will be enough to draw more attention. Still, buyers have a lot of complaints. Nissan could fix the image of the 2022 Kicks with advanced autonomous drive technology, or even the Nismo model. Its predecessor, Juke, was very popular with this upgrade. Since the replacement, the company dropped this option.

All in all, the 2022 Nissan Kicks is going to be versatile and a fresh vehicle. The younger population with a limited driving experience finds it very practical. Also, the subcompact crossover is very easy to maneuver, making it perfect for city cruising. Those will be reasons why to buy the Kicks without a second thought. 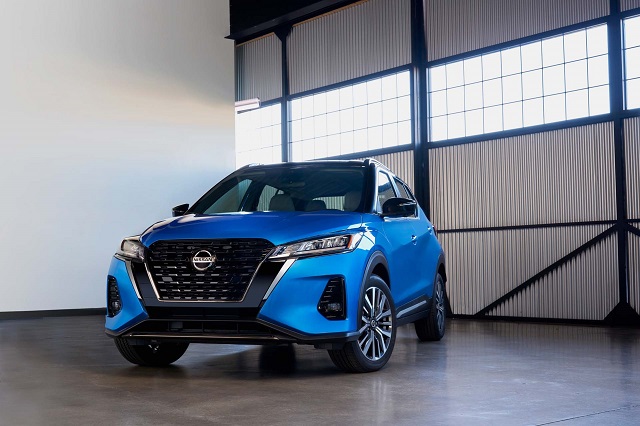 So, the styling is new for the current crossover. Looking from the outside, Kicks became bigger, with a larger grille, positioned slightly higher, and standard LED headlights. This changes the appearance to pretty aggressive. Fog lights are also there. At the rear, the bumper is refreshed, but it is available at higher trim levels. New sets of wheels are available. The base trim is offering 16-inchers, while the other two packages include a 17-inch set.

The interior is new, a bit darkened compared to the previous edition. The 2022 Nissan Kicks will probably enhance safety, although the company reached new levels in this segment. Compared to its predecessor, the crossover will now come with armrests and unique door panels. Fans will also notice circular side vents. The company also worked on the infotainment system. Now, a larger touchscreen display is there, while multimedia supports Apple CarPlay and Android Auto. Three USB ports are added as well. At higher trims, the vehicle adds wi-fi and keyless entry. 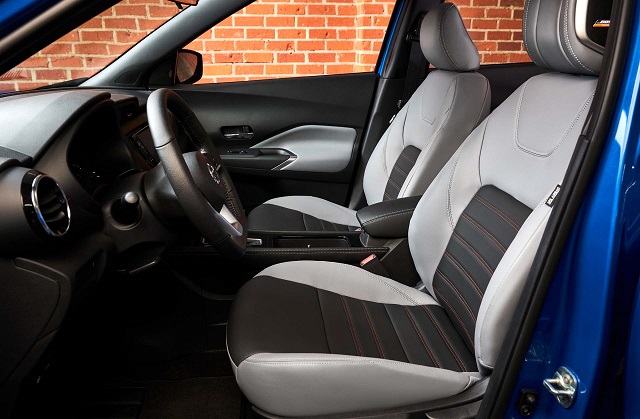 Is 2022 Nissan Kicks a Safe Crossover?

Nissan is known as the carmaker that pays a lot of attention to safety. Previous few updates of the compact lineup were highlighted with improvements in this segment. Now, the 2022 Nissan Kicks is safer than ever. Standard options are automatic emergency braking and lane departure alert. Even the blind-spot monitor is added. Automatic high beams are something we expected to see right from the base trim. Additionally, you can enhance safety with a 360-degree camera. The top of the line option is adaptive cruise control. The Nissan ProPilot might reach new levels soon. The company announced Level 4 of autonomous drive in foreseeable future.

Under the bonnet of the 2022 Nissan Kicks is still a small block. A 1.6-liter unit can produce 122 hp and 116 pound-feet of torque, but its acceleration is not the greatest. This remains one of the major downsides of the crossover. On the other hand, the engine is more than economical, with 33 mpg combined. You won’t find too many vehicles that will give you 30+ miles per gallon in urban areas. Kicks is one of them. The CVT is still there and Nissan might replace it soon. The gearbox distributes power to front wheels only. In 2022, Kicks is about to introduce an all-wheel drive. 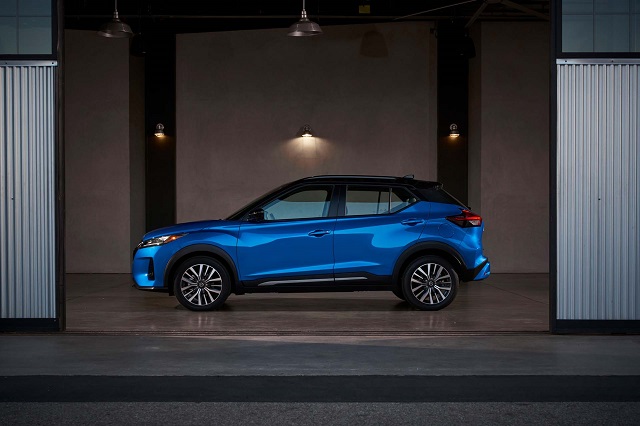 Two options will make the crossover very popular. The first one is a package that draws a lot of attention on Juke. The 2022 Nissan Kicks Nismo is considered as one of the best upgrades that could happen on the vehicle. However, all the situation with the COVID-19 outburst is making things difficult. But, the Nismo package remains the top option for the subcompact model.

A hybrid is also possible. Electric batteries are going to enhance the gas mileage, and Kicks could gain some desperately needed power. Not too much, 20-30 ponies would do the job. It might happen the Nismo is going to use the hybrid drivetrain. Besides powertrain upgrades, there will be also unique features, details, and options for such a vehicle.

The trio of trim levels we see today will be back next year. The base offer is the S and the price of the Kicks remains under $20,000, even after the redesign. The SV is the mid-range offer with a price around $22,000. For $1,000 you can upgrade the ride to the 2022 Nissan Kicks SR. In Europe and other markets, the subcompact crossover is still available as Juke. Some say Kicks is about to replace it there as well.