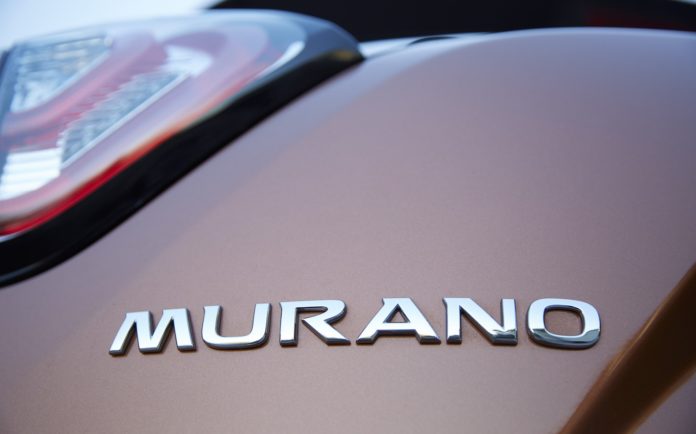 The 2022 Nissan Murano is going to be the all-new crossover SUV. The vehicle is going to use a few ideas from existing platforms, but it is not among the first models we will see redesigned in 2021. Nissan will launch Rogue and the premium Infiniti QX60 and QX80 first. Still, the two-row SUV will be attractive, since we can hear it could get a new drivetrain – an electric one. With the Ariya concept recently presented, this is not impossible to see in foreseeable future.

The third generation of the Murano arrived in 2015. Ever since we haven’t seen any serious changes on the SUV. It kept the size and a two-row layout. The latest model also brought minimal changes. We know Nissan made a break to develop new units for 2021-2022 seasons. One of them is this vehicle, which is getting a new shape. With a new platform, the 2022 Nissan Murano will be ready for electrification. The carmaker already had a hybrid in the lineup, but it was available only in season 2016. Now, the new Murano is about to get more serious upgrades with the pure electric motor. A V6 remains the conventional drivetrain.

There is still a lot of time before the 2022 Nissan Murano becomes official. However, the company is working hard on the redesign and we can find inspiration and ideas looking at other models in the lineup. For example, Rogue prototypes recently appeared. Although heavily covered, it shows glimpses of a new look. For example, the front fascia is fresh, with new headlights and grille. We can expect a similar approach for the 2022 Murano. Also, designers will refresh the exterior with a revisit of the paintjob palette, wheels, and the rear end. All in all, the redesign will make the midsize SUV more aggressive and ready to take on the competition.

We could hear that Murano will be slightly smaller. Currently, the vehicle is 192.5 inches long. The upcoming SUV could drop under 190. It will boost the handling and agility, and the overall weight is about to drop as well. New materials are in the body structure, so the diet is pretty serious.

While we have a clue what will the exterior look like, the interior is a mystery. A spied Rogue is showing a huge infotainment screen at the center of the dashboard, and that is the only thing we know about it. The rest of the test mule’s cabin is under heavy camo, so there will be significant changes for sure. Sources report that the company is developing the new NissanConnect infotainment system. One of the most advanced features should be Level 4 autonomous drive. Still, this is the far-fetched story for the upcoming season, so the 2022 Nissan Murano might really get the initial version of this self-driving system.

Currently, the Murano SUV is using a single engine. That is a reliable V6 unit – a 3.5-liter displacement. For this vehicle, engineers tuned it to create less power than for some other SUVs. A V6 is good for 260 hp and 240 lb-ft of torque. Front-wheel drive is standard and Murano could replace an old and sturdy CVT gearbox. Fuel economy, after the weight drop, could reach 30 mpg on the highway. On the other hand, towing capacity is non-comparable to most vehicles in the mid-size segment with 1,500 pounds.

The carmaker is considering a kind of electric drivetrain for the 2022 Nissan Murano. We already saw a hybrid unit in 2016, but it didn’t last for too long. Now, the manufacturer is ready for another shot. This time, it won’t be a mild-hybrid system, but the EV. Murano is going to be based on the recently introduced Ariya concept. With such upgrades, the SUV will be ready to take you up to 250 miles in a single charge. Still, the EV might arrive after the base vehicle debuts.

All the four trim levels of the existing lineup will be there for the 2022 Murano. The base model is S and the mid-range lineup comes with different upgrades. For example, the SV adds automatic braking and rear parking sensors, while the SL is offering premium audio, navigation, and 20-inch wheels. Still, top of the lineup model is the 2022 Nissan Murano Platinum with ventilated and heated seats and a panoramic sunroof.

There is still a lot of time until the debut. Designers and engineers can tune the 2022 Nissan Murano until the second half of next season. We can see debut earlier, but the sales won’t start until the last quarter, or even early 2020. The price should remain the same, starting around $32,000 and ending over $45,000 for the heavily-loaded Murano Platinum with AWD. Electric drivetrain could top that. Experts say it could cost about $50,000.