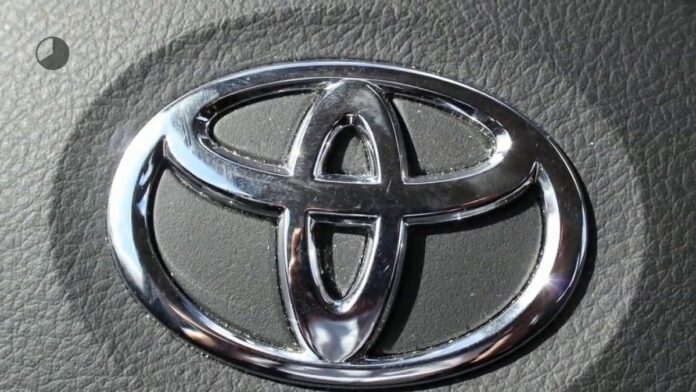 The 2022 Toyota 4Runner is one of the first models by the Japanese carmaker that will get the complete redesign and enter the new generation. Well, the very first vehicle should be Tundra truck, which also gets a new engine. We still don’t know if the mid-size SUV is going to feature the I-Force Max powerplant. Nevertheless, the new styling and the sixth generation are on the way.

Current design dates back from 2009. Of course, a few updates kept the SUV modern. However, the main reason why buyers kept purchasing the vehicle is its performance. A V6 engine didn’t deliver some stunning outputs. But, the overall tuning made the 4Runner a perfect ride for off-road adventures.

TRD Pro is definitely the most interesting version. The new model should update the package with features that will make the SUV unstoppable. Besides the performance-oriented model, there are also premium options if you are willing to pay about $50,000.

We found pieces of information about the new generation at 4Runner Forum. Still, the sources are not reliable and the company is not confirming the arrival of the new generation. We have plenty of reasons to believe in these rumors. First of all, the vehicle is quite old. As we said, the styling is not so important, but the performance. Ever since Toyota introduced the TRD Pro package back in 2016, the popularity of the vehicle is growing. Also, there is versatility. 4Runner is a seven-seater, which can be also turned into a two-row SUV.

Changes on the 2022 Toyota 4Runner will be cosmetic. The exterior is already bold and aggressive. But, the company needs to refresh the styling to keep the SUV interesting. The more important is to make the vehicle up to date with multimedia features. In the last couple of seasons, Toyota made a couple of steps ahead by adopting Apple CarPlay and Android Auto. By 2022, the new Entune infotainment might be offered and the debut on the 4Runner would be perfect.

Only in its first season, the SUV was available with a 2.7-liter engine. For the last ten years, the only option is a 4.0-liter V6. A big displacement brings excellent performance. Outputs are not higher than the numbers we can get from a smaller 3.5-liter block. A 4.0 displacement is good for 270 hp and 278 lb-ft of torque, returning 18 mpg combined. Well, the gas mileage goes down when you select the 4×4 drive and especially with the TRD Pro package.

Experts believe the same drivetrain is coming back for the 2022 Toyota 4Runner. Still, that is not the only option. We can read rumors about the hybrid model. However, this one can harm the overall performance. On the other hand, an additional option is always welcome, especially if it improves the gas mileage.

Also, we have the latest news about the changes in the Japanese company. The carmaker is developing the new drivetrain, called I-Force Max. There are still a lot of uncertainties about the powerplant. First of all, we still don’t know too much about the engine. According to rumors, it is a twin-turbo V6 with a power that is going to replace an old and sturdy 5.7 V8. Well, the 2022 4Runner can use the energy for its tasks. Also, the company is not making the engine official. What’s more, we don’t know which vehicles can count on this one.

One of the most important changes is expected in the lineup. The new 2022 Toyota 4Runner TRD Pro is going to be revisited and more capable than ever. It is already one of the best SUVs for off-road adventures and the only one that can compete with the Wrangler and its capabilities. Recently, Toyota expanded the lineup to Sequoia, making it the fourth member f the squad, alongside 4Runner and two trucks. Now, the revisit of features is next and that is something fans will like the most.

The debut of the 2022 Toyota 4Runner will be one of the first arrivals by the Japanese company. The new Tundra truck is certain for that season and the SUV will be the first one from the entire lineup to hit the new generation. It is about time, after 13 years.  After this one, fans can also expect the new Highlander and Sequoia (both reported for 2024).

The base price is above the average for this segment. Do not forget the SUV is using a big displacement and it is a seven-seater. High-end trims are TRD Pro and Limited. With all the changes expected for the 2022 YM, we recommend skipping the edition for the upcoming season, which is already available for the purchase.